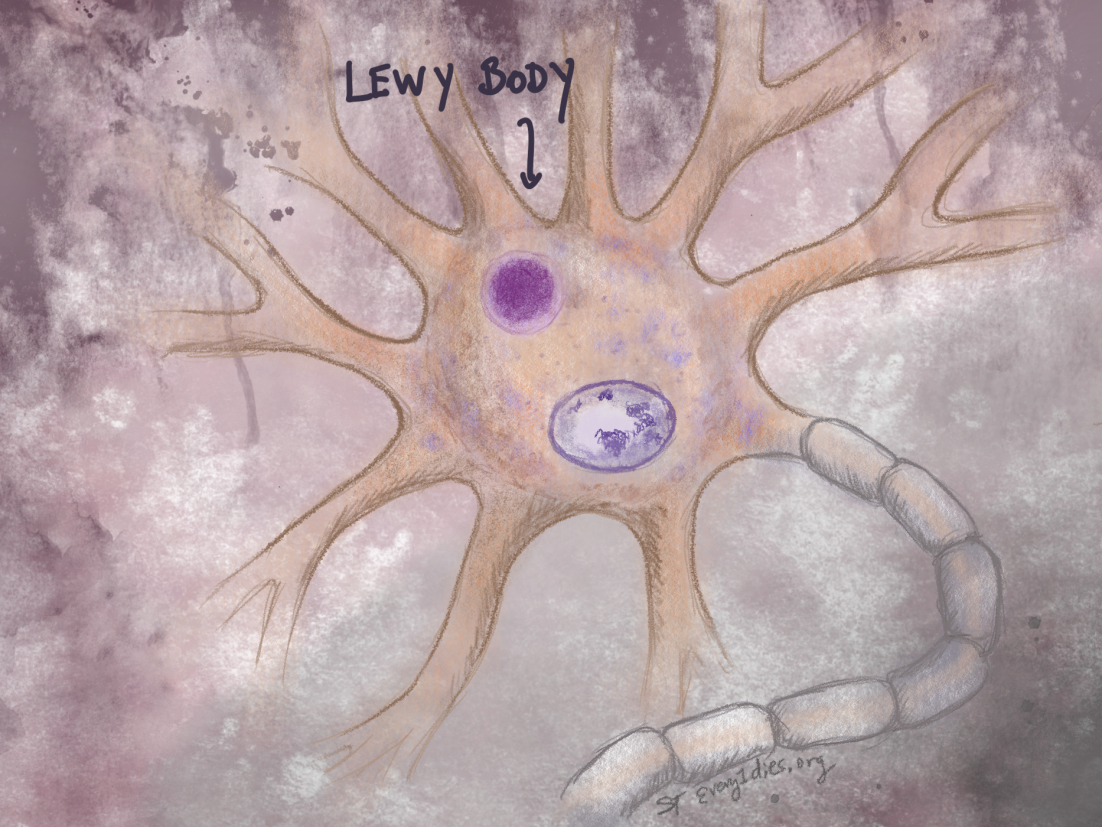 Lewy Body Disease (LBD) is the second most common form of dementia after Alzheimer’s disease affecting an estimated 1.3 million Americans. It is caused by abnormal protein deposits in the brain called Lewy bodies that impact thinking, behavior, sleep, and movement. Learn about how LBD affects the body and the course of the disease.

Inanna and the circle of life

Charlie tells us about the myth of the Mesopotamia goddess Inanna. What can we learn from her story? You can also read more here on Elaine Mansfield’s site about grief.

Marianne shared that her father died when she was 15.  As is usual people brought all different sorts of food, but what she remembered about the food was that someone brought something very exotic: Texas Sheet Cake.  It’s made in a cookie sheet and the icing is hot when poured over just as the cake comes out of the oven. It was just what she needed to distract her from her grief, and it still reminds her of her father now. Give it a try with this recipe from All Recipies.com