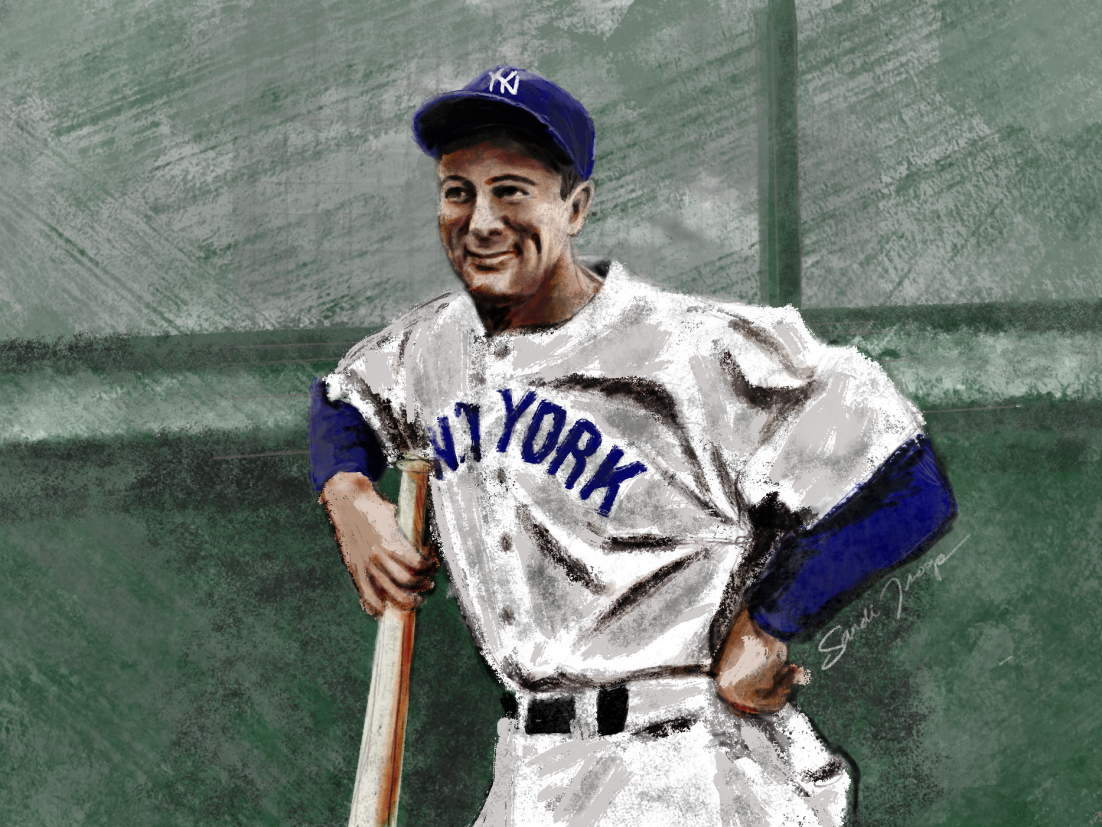 S2E24: Understanding ALS Part 2, How do you diagnose and manage ALS?

Last week we talked about what ALS is. This week we go in depth into how it is diagnosed. We also honor Lou Gehrig, a Yankees baseball player who was famous for his bravery in face of the disease.

How is ALS diagnosed?

The cause of ALS is unknown, and there is no single test for the condition. Diagnosis of ALS is usually based on the confluence and progression of symptoms and through the ruling out of other diseases that can cause similar symptoms. This includes human immunodeficiency virus (HIV), Lyme disease, and syphilis, as well as neurological disorders such as multiple sclerosis, post-polio syndrome and multifocal motor neuropathy.

Amyotrophic lateral sclerosis is difficult to diagnose early because it can mimic other neurological diseases. Tests to rule out other conditions might include:

According to the ALS Association, because ALS is not an easy disease to diagnose, it’s been estimated that as many as 15% of ALS cases are misdiagnosed. If you do seek a second opinion, seek out a neuromuscular specialist who has ALS as a clinical focus. This list may give you a good start: ALS Certified Centers & Clinics. The Muscular Distrophy Association (MDA) also sponsors clinics of excellence, but their focus is more broad to include other neuromuscular disorders.

How is ALS managed?

Managing ALS usually involves treating the symptoms and providing supportive care to improve quality of life and prolong survival. This may include things such as a feeding tube for nutritional purposes and breathing support with a ventilator.

While there are some medications to treat the progression of ALS symptoms, their effectiveness, and mechanism of action are poorly understood. Medications in the context of ALS treatment are usually drugs designed to alleviate symptoms like fatigue, muscle cramps, and spasticity.

The Food and Drug Administration has approved two drugs for treating ALS:

Your doctor might also prescribe medications to provide relief from other symptoms, including:

Most people with ALS die from respiratory failure, which occurs when people cannot get enough oxygen from their lungs into their blood; or when they cannot properly remove carbon dioxide from their blood, according to NINDS. In ALS, this happens because the disease can eventually lead to paralysis of the muscles that control breathing. In the late stages of ALS, it becomes hard for patients to exhale carbon dioxide; high levels of carbon dioxide in the body cause low levels of consciousness, leading patients to sleep for long periods. Often, patients with ALS die very peacefully while sleeping, The ALS Association said.

A love letter to Dance

Charlie read a letter written by Soviet-born dancer Rudolf Nureyev. Nureyev is regarded by some as the greatest male ballet dancer of his generation.  In addition to his technical prowess, Nureyev was an accomplished choreographer serving as the chief choreographer of the Paris Opera Ballet. He produced his own interpretations of numerous classical works, including Swan Lake, Giselle, and La Bayadère.

In 1984 Nureyev tested positive for HIV. For many years he refused to acknowledge that anything was wrong with his health, and he continued to perform.  Nureyev died on January 6th, 1993, at the age 54.  In the spring of 1992, he entered the final phase of the disease. Charlie read the letter he allegedly composed to his greatest love in life: Dance. You can read it here. It is a good reminder to do the things we love because we love it, not expecting anything else out of it:

“The meaning is to become, not to appear. You should dance for life. It’s not about being a dancer but rather about the dance. Those who have never found their passion – for me it is, for example, the pleasure of walking into a studio with wooden bars and mirrors – and those who stop because they don’t get the results they envisioned… they haven’t entered the depths of life. It’s the law of love: you love because you feel the need to do it, not to get something out of it or be reciprocated. If you feel the latter, you are destined to a life of unhappiness.”

“Today I consider myself the luckiest man on earth.”

– Lou Gehrig, in his farewell speech to Yankee fans

Lou Gehrig was one of the most famous people to have been diagnosed with ALS. In fact, ALS is often known as Lou Gehrig’s disease. The “Iron Horse” played in 2,130 consecutive games in 15 seasons – a streak that was unbroken for 56 years until Cal Ripkin broke it in 1995. Lou was known as being quiet, dignified, soft-spoken and modest, even as one of the most outstanding ball players of all time. His unbreakable character came through in his farewell speech to Yankee fans on July 4, 1939:

“Fans, for the past two weeks you have been reading about the bad break I got. Yet today I consider myself the luckiest man on the face of this earth. I have been in ballparks for seventeen years and have never received anything but kindness and encouragement from you fans.

“Look at these grand men. Which of you wouldn’t consider it the highlight of his career just to associate with them for even one day? Sure, I’m lucky. Who wouldn’t consider it an honor to have known Jacob Ruppert? Also, the builder of baseball’s greatest empire, Ed Barrow? To have spent six years with that wonderful little fellow, Miller Huggins? Then to have spent the next nine years with that outstanding leader, that smart student of psychology, the best manager in baseball today, Joe McCarthy? Sure, I’m lucky.

“So I close in saying that I may have had a tough break, but I have an awful lot to live for.”

You can see Lou Gehrig memorabilia including the trophy given to him by his teammates here.

We have a recipe for you straight from the WWII archives, when families had to conserve ingredients to support the warfront. Enter the One-Egg Victory Cake, from the Royal Baking Powder Cookbook. You can get the recipe and others here at Gastro Obscura.

Let us hear from you

Have a great recipe? A favorite ALS hero? Contact us using the form below, or via social media.

S2E24: Understanding ALS Part 2, How do you diagnose and manage ALS?